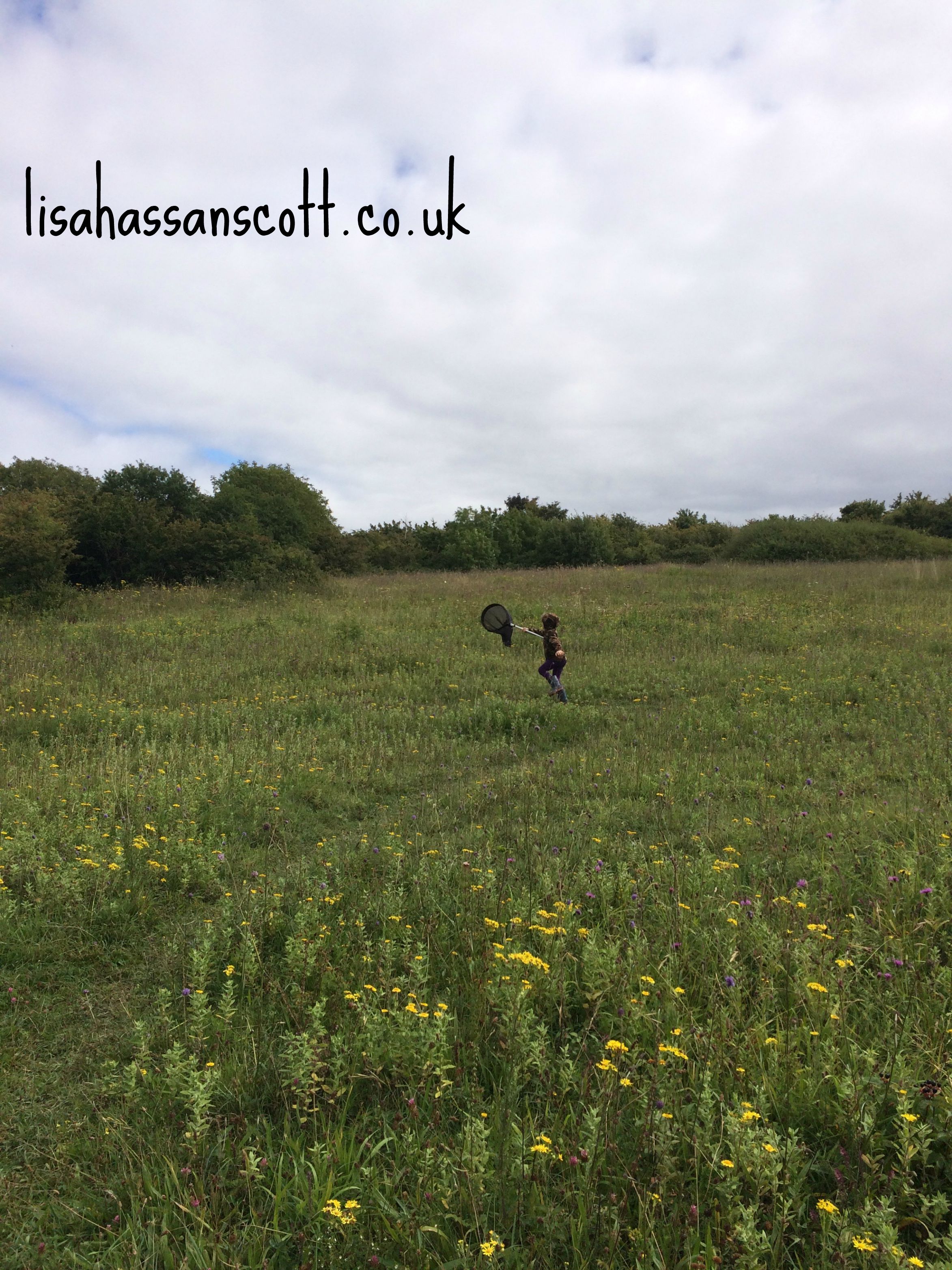 There was a moment yesterday when my daughter slumped her shoulders, dragged her arms and lay her head on my shoulder saying, “This is boooooring. When can we go?” Meanwhile my son was energetically leaping, gazelle-like, through a wildflower meadow, wielding a butterfly net, potting up flies and crickets and little blue butterflies. He and his sister have an inverse relationship on this: while she might tolerate such leaping and swishing of nets for fifteen minutes, he could easily spend the whole day triumphantly yelling, “I’ve got one! Have you got a pot?”

So this is my everyday, and an example of what it is like for many parents who try to balance their children’s interests and differences of personality and temperament. Glory be, it’s not easy. One child is an extrovert and loves socialising, while the other finds it exhausting. One loves to play with dolls while the other sneers at the thought. One can think of nothing better than waking at 5am to check a moth trap, while… well, while there’s the rest of us who are happy to leave it another hour while we catch up on last night’s interrupted sleep. (No points for guessing who did the interrupting!)

Of course it make sense that they are different. Nevertheless, I remember within moments of my second child being born, I called her by her elder sister’s name. It’s probably something that she still secretly, unconsciously holds against me, but in that moment just after birth, I looked at this small new person and had a strange sense of déjà vu. Although I gave birth this time in a different place and under different circumstances, it felt as though I had passed through that veil again, and when I arrived there I was holding the same baby.

And yet they weren’t the same baby at all. My husband gently corrected me, reminding me of the name we’d chosen. But let’s face it: after the effort of labour and the ecstasy of childbirth, I wasn’t thinking in a way typical to me. I was lucid in a different way, experiencing something truly new and special: the birth of another human being. My child.

So I suppose this initial confusion might be part of the reason I found it such a shock that my two daughters were indeed different people. Isn’t that a miracle? You take the same two parents, mix up the chromosomes and every time the results are different, and yet somehow similar. Of course, we all know the logic of it, but I find it mind-blowing.

So when my middle daughter runs out of patience for the entomologists in her life, I gently remind her of her current passion for making pretend cooking programmes. Oh, the many hours we have sat and listened attentively while she recited a YouTube video for “How to make avocado chocolate mousse: FIVE WAYS!” or “How to make THE ULTIMATE coconut milk ice cream!” We all have different interests, and we have to make allowances for each other. This is how we live together, learn from each other and love one another.

It’s a good job they are all different, because truthfully, I think I can only deal with a certain number of insects in plastic containers dotted around the house. And I’m probably only able to tolerate five ways of making avocado chocolate mousse anyway.