He wanted another one.  He’d been collecting those little Smurf figurines, and he knew that we’d stopped at a shop where he could get another one.  As his mother explained that she didn’t plan on buying him one today, he squeezed his eyes shut, threw back is red head and let forth a frustrated roar.  This was a big tantrum, and his many brothers and sisters braced themselves.  He sat on his mother’s lap, shook from side to side and in his anger, lifted up his two year old hand and hit her on the arm with all his might.

A child too, but a little older and thinking myself wiser, I remember thinking, “I will never let my child hit me like that! Why isn’t she punishing him?!”  But instead of hitting him back or yelling at him, this little boy’s mother reached out and hugged him.

“I’m not buying you another Smurf.  Not today.”  As he railed and cried, she firmly but gently stood by her no.  She held him and rocked him, and soothed him.  She said no to the Smurf, but she said yes to gentleness, to connection, to love.  At the time, it was mind-boggling.

In my mind, she was a revolutionary. 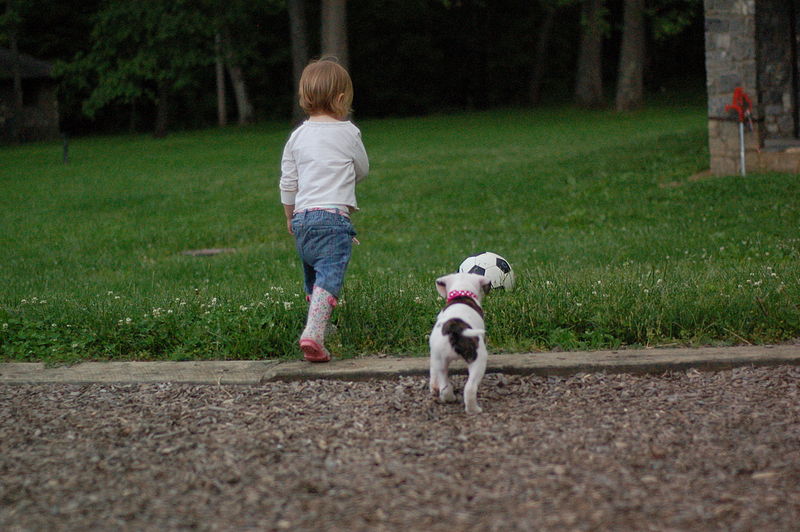 Many years later, I have now weathered the sticky storm of three energetic and emotional toddlers.  In fits of anger, frustration and helplessness each of my children have reached out and hit me too.  Though as a child I promised myself I would never let that go unpunished, I must confess that I usually simply say, “I know you’re upset.  Please don’t hit me,” and reciprocate with a hug or gentle touch.  After all, his pudgy little fists don’t hurt me, but seeing him unhappy does.  When he hits out at me, he does me no harm, but it pains me to see him feeling so cross and out of control.  What I want is not to punish him, but to console him.  I never thought I’d feel this way.  I’m part of the revolution too.

There are so many opportunities to say no to my children.  I feel as though I am constantly setting limits, reiterating limits, thinking through their requests and trying to decide whether to say yes or no.  As a mother, I want to consider the big picture, to take the long view.  Sometimes I draw a line in the sand, and they simply step over it.  Confrontation ensues. Tears, unhappiness, disappointment.  They didn’t want to hear a ‘no.’  Quite the opposite.

I can’t always give them what they want, but always I endeavour to give them what they need.  Their needs are simple, their wants complex. That sad little boy didn’t get that Smurf, but he received his mother’s understanding and love.  She knew that her answer was unwelcome, and she consoled him in his disappointment.  My aunt, this gentle and generous woman, rocked and soothed my little cousin ‘til he calmed.  That little boy has grown into a man with his own family.  He probably doesn’t recall how frustrated he felt; I doubt he holds it against her that she said no to him.  But he knows that his mother treated him with love and respect.

She wasn’t always calm.  I know she lost her temper and often found mothering, housework and work a challenge.  After all, she had six children, two jobs and a farm.  She was just a normal mother, not some superhuman.

But she was a revolutionary.  She let her behaviour reflect her loving feelings instead of giving into punishment and shame.  When her children did wrong, she talked to them, explained to them, and sure, she sometimes shouted… just like the rest of us.  She tried to say yes whenever she could; when she had to say no, she empathised with her children.  That empathy, that love, that generosity: that is what we remember.  It was life-changing for us all.

This post is about my aunt. She died on the day I was due to give birth to my third child.  Unable to travel to grieve with the rest of my family, the week of my son’s birth will always be a time of joy and sorrow for me.

compassioncompromiselisteninglovemothering modelsparentingparenting role modelsrole modelstoddler hittingtoddlers
All words are Copyright Lisa Hassan Scott. For reprint permission please contact me via the Contact page. And if you like my writing and would like to commission me, do get in touch.